History Of The Christian Flag: Things To Know

The Christian Flags were created in the early twentieth century. They represent Christianity and Christendom as a whole. Besides, we can see them everywhere in the United States and Africa, and Latin America. For example, outside churches, religious schools, and camps. Nonetheless, few people are aware of their long and rich past. People use them throughout Latin America, North America, and Africa. This post will show you the overview and history of the Christian flag.

Read more: The Mysterious Relation Between Jesus And American Flag

On September 26, 1897, Christian flags were designed in New York City. Because of some problems, the instructor was unable to attend the lecture. Thus, a teacher named Charles Overton delivered an impromptu speech to the students. He asked the students to envision the Christian flags.
After pondering that speech for years, Overton realized that no single flag or image represented Christianity as a whole. He worked with Ralph Diffendorfer, the Young People’s Missionary Movement secretary, to promote the flags. Most Protestant churches first utilized it. Afterward, it was shown in churches throughout Europe and the United States in the late 1900s. 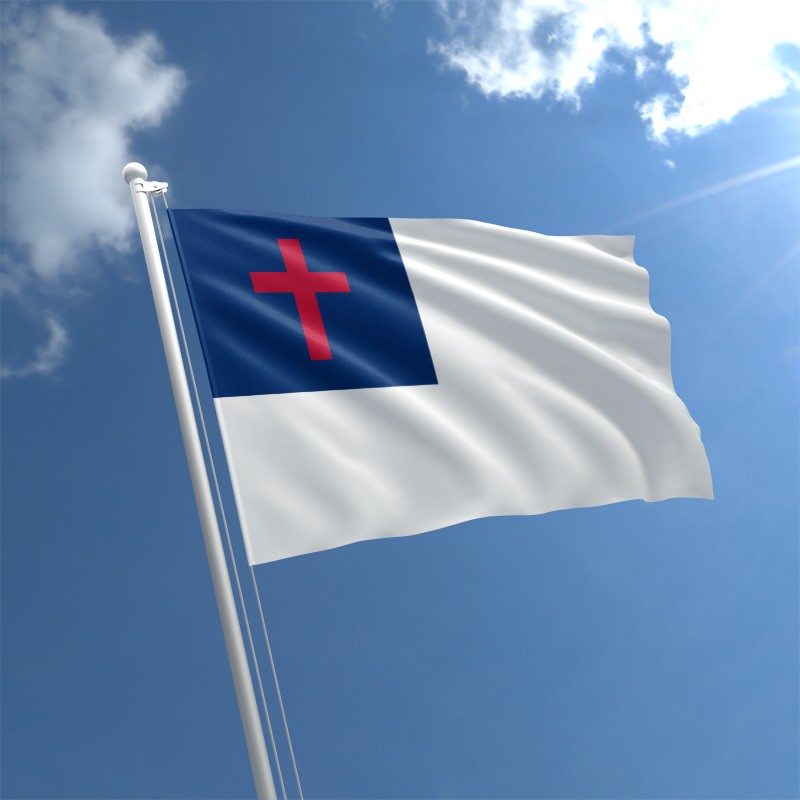 The Federal Council of Churches adopted the flags on January 23, 1942. That is 45 years after people used it since 1897. The Christian flags were designed without a patent because the flag’s designer dedicated it to Christians. There are also songs about Christianity. Fanny Crosby wrote the lyrics on R. Huntington Woodman’s music. That song is the hymn “The Flag of Christianity.”

Anchor As A Christian Symbol

The first-century Christian symbol was not the cross, but it was the ship’s anchor. The anchor, which was inscribed on the inscriptions of believers in the first three centuries, symbolizes the hope they had in Christ.
According to the author of Hebrews, “Jesus Christ is the same yesterday, today, and forever” (13:8); this sounds like a ship’s anchor.
Our lives and the world around us change daily, but Jesus remains constant. We can stay connected to God, much like an anchor keeps a ship steady in the face of a hurricane. He will keep us safe until the seas calm and the skies clear.
During the period of Roman persecution, the anchor became a key Christian symbol. “The first-century symbol wasn’t the cross; it was the anchor,” Michael Card observes in his recent album, Soul Anchor. 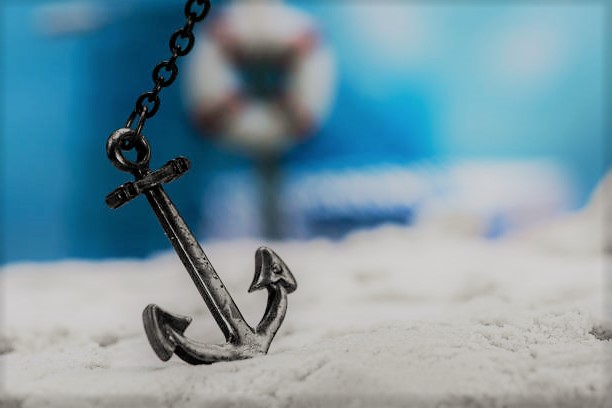 So, where did the anchor symbol come from? Seleucus I, king of the Seleucid dynasty, used the anchor as his royal emblem. This symbol is said to have been chosen by Seleucus because he had an anchor-shaped birthmark. The anchor symbol was used on coinage by Jews living under the empire. But, under the Hasmonean rule, Alexander Jannaeus removed it around 100 BC.

Related Questions About History Of The Christian Flag

What Do Flags Represent In The Bible?

It’s used to honor God, claim territory, and rebuke spiritual warfare directly with praise flags. Besides, they are used to symbolize God’s presence. The flags are raised as an act of worship.
Flags have been used for millennia to recognize groups such as the Israelites in the desert, marking land and boundaries. It’s also used to communicate between ships and to signal battlefield movements. Also, they’re used in warfare to determine the direction and speed of the wind, which can be very useful. People also created flags to combat the negative connotations of the enemy.

How Many Christian Flags Are There?

Christian symbols appear on 31 national flags from Europe, Asia, the Pacific, and the Americas. A new Pew Research analysis shows that one-third of the 196 countries in the world now have national flags that include religious symbols. You can find Christian symbols in around half of the 64 nations in this category. In comparison, you can find Islamic symbols in roughly one-third of the 64 countries.

What Side Is The Christian Flag On?

Except for the American flags, all flags are constantly put to the right of the pole. It is acceptable to show the Christian flags next to the American flags as long as both flags are level and facing the congregation on opposite sides of a sanctuary

What Does Christianity Believe In?

The life, teachings, and death of Jesus Christ form the basis of Christian belief. Christians believe that only one God created heaven, earth, and the entire cosmos. Jews were the first to believe in a single God. Evangelical Christians view Jesus as the Messiah or the world’s savior.

In conclusion, our article has given you some information about the Christian flag’s history and significance. This article will help you better comprehend Christianity and its community and values.

Do You Know the History of the Christian Flag?

The History of the Christian Flag