American And Christian Flag: The Symbols That Represent Aspects Of American Culture

One of the many famous flags of the United States is the national American and Christian flag. In this article, we will not discuss too much about the meaning of the flags. Instead, we will explore how Americans use these flags to represent their lives.

The flag is the main feature of a country’s national history and culture. A country, not only has one national flag but also has many different types of flags to represent the country’s culture, especially in a country as large and culturally diverse as the United States.

How Should The American And Christian Flag Be Displayed 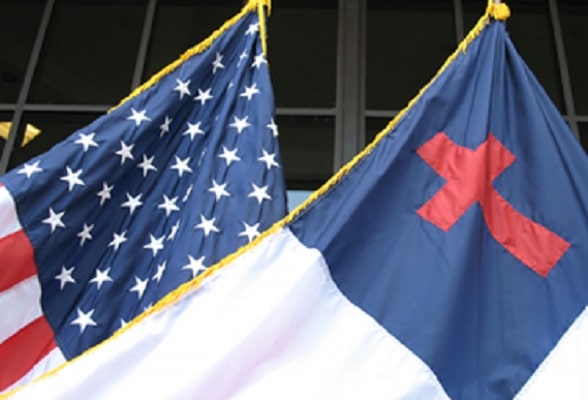 Do you want to demonstrate your patriotism and faith at the same time? Then an American and Christian flag set is the ideal solution. These sets include two flags, one American and one Christian, which can be displayed together or individually.

Keep reading until the end of this part, we’ll show you a good series of American flag and Christian flag from the Christian Collection! 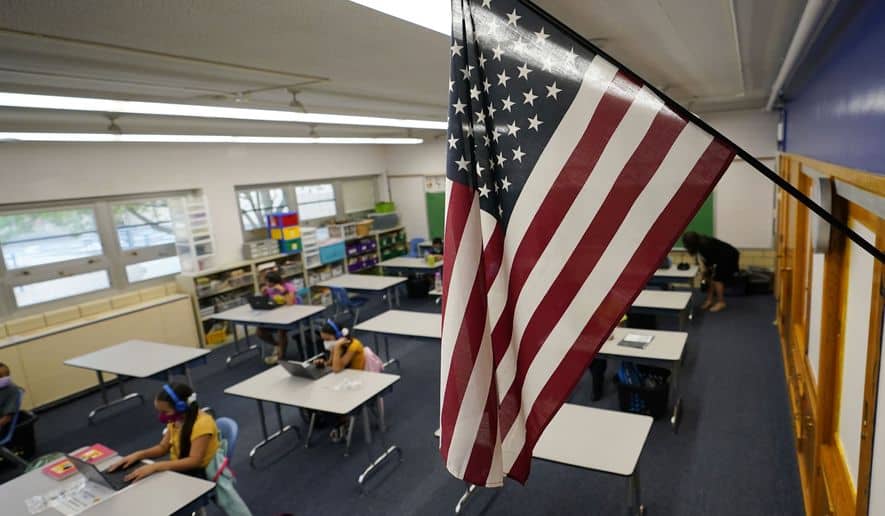 American And Christian Flags For Church 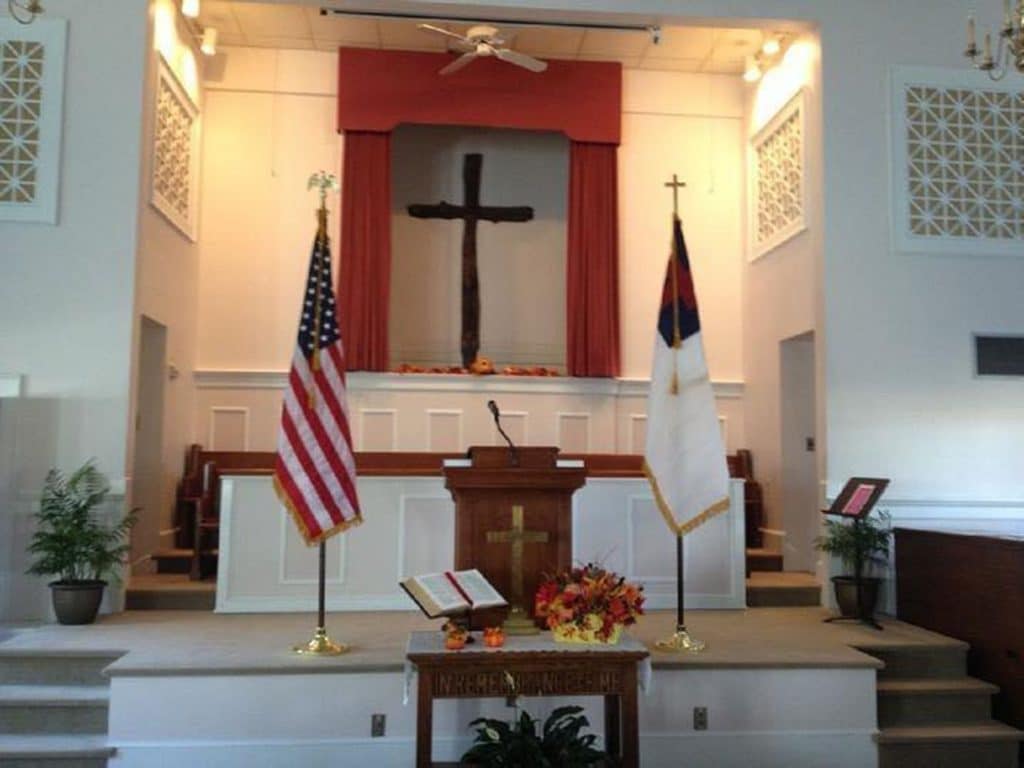 So if you’re looking for a way to show your pride in America and your Christian faith, consider purchasing one of these flag sets. You won’t regret it! There are many reasons to buy an American and Christian flag set.

The American flag and Christian flag show your support for both the United States of America and Christianity. Additionally, it can be seen as a symbol of patriotism and faith. Moreover, flying these flags together can also be seen as a sign of unity between Christians and Americans 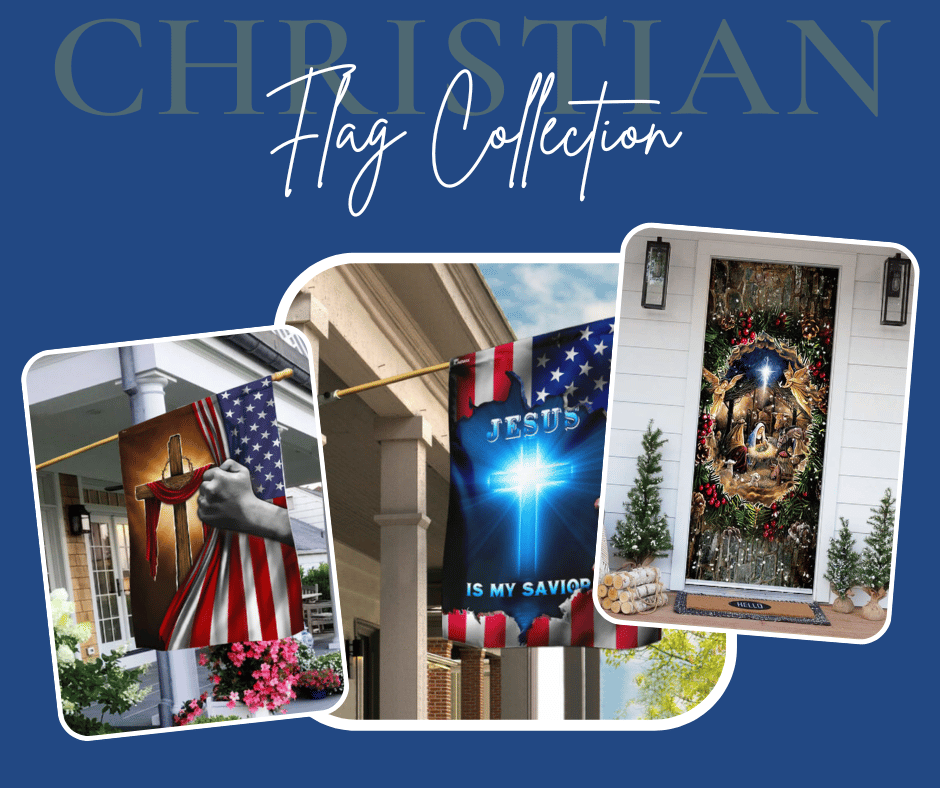 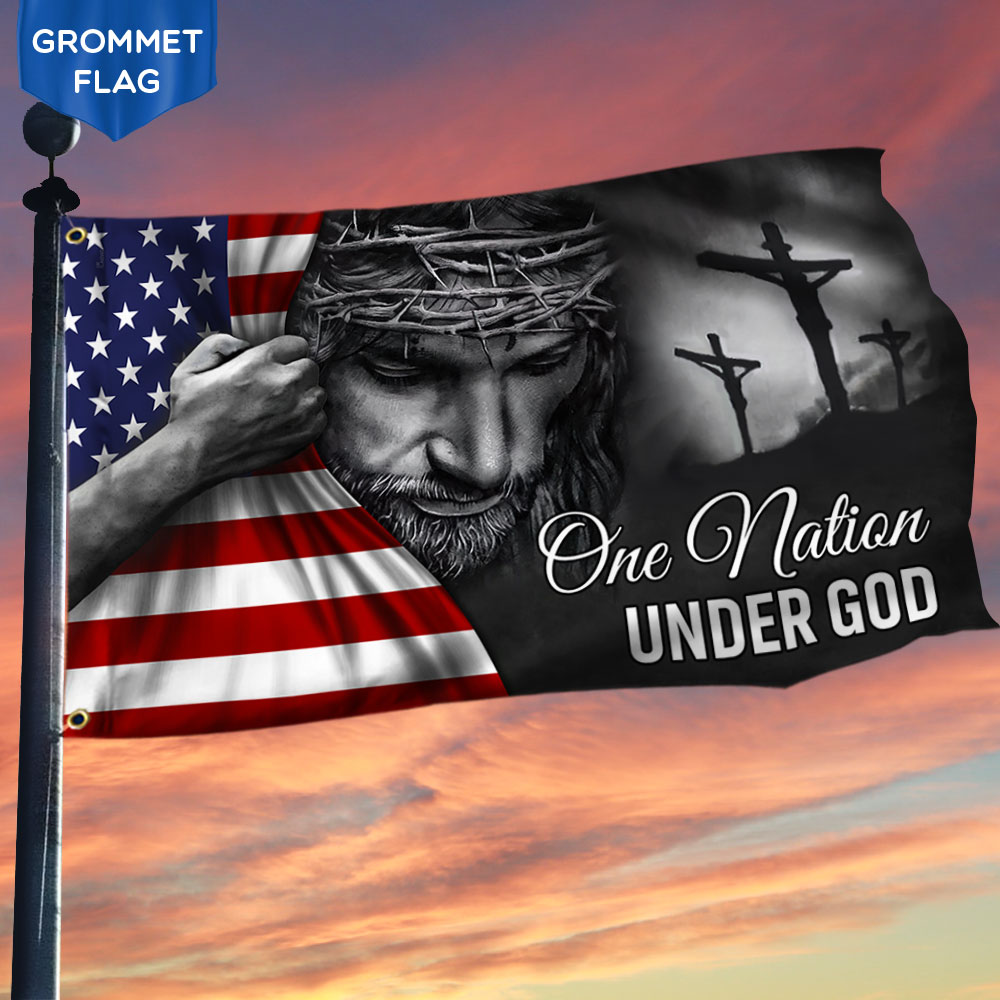 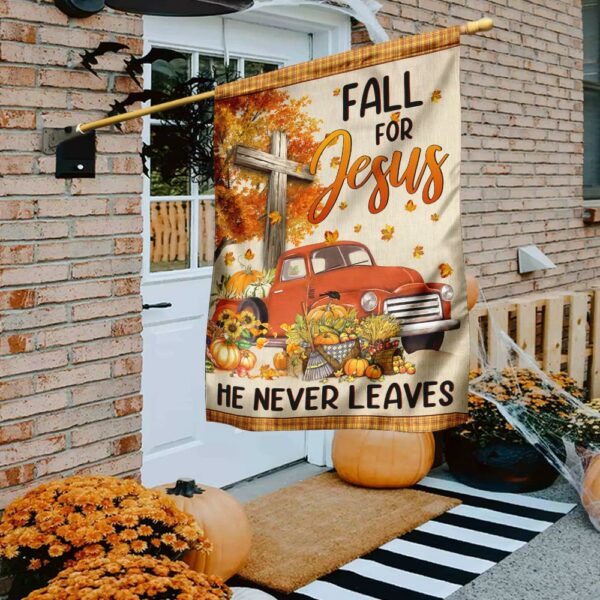 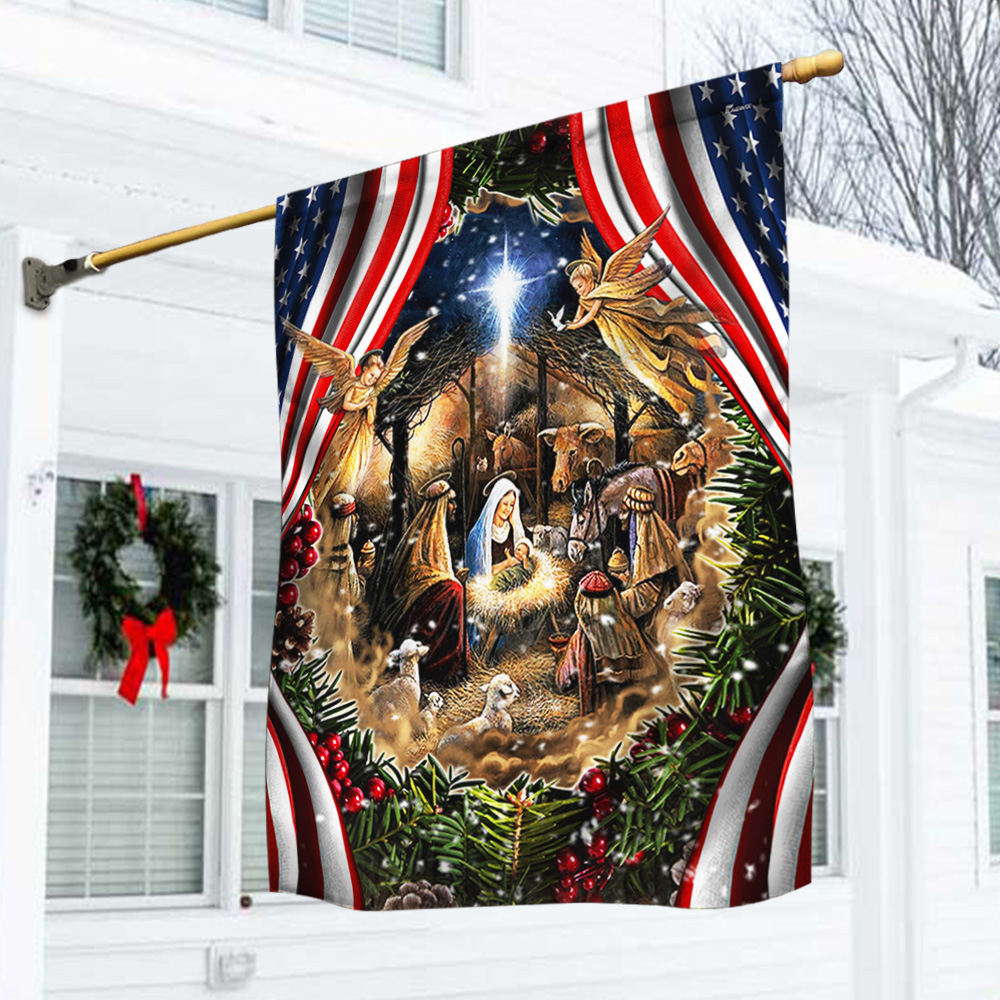 All items can be found at Christian Decorative Flags

What Does The Christian Flag Represent? 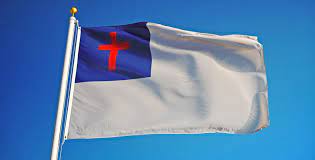 In terms of design, the flag has a white field, with a red Latin cross inside a blue canton.

This is a design with many layers of meaning: The red color of the cross represents the Blood of Christ shed on Calvary, for the salvation of mankind. The royal blue color represents the reign of Christ and Baptism, for all believers who have become common heirs. Charles C. Overton, a Sunday school superintendent in New York, on September 26, 1897. He proposed that Christians be converted to Christianity. should have their flag — he started thinking about ideas for the flag.

In 1907, Overton teamed up with Ralph Diffenderfer, secretary of the Methodist Young People’s Mission, to produce and promote the flag for Christians.

It is not surprising that the colors on the flag are the same as those on the US flag. White represents purity and peace, blue represents fidelity, and red represents the blood sacrifice of Christ.

The first pledge to the Christian flag was written by Methodist pastor Lynn Harold Hough, who heard Diffendorfer present the flag at a rally. Hough, a libertarian, wrote a fairly extensive pledge: “I pledge allegiance to my flag and Savior to the kingdom in which it stands; a brotherhood that unites the whole humanity in service and love.”

Conservative churches often use a more detailed version: “I pledge allegiance to the flag of Christianity, and to the Savior for the kingdom in which it stands; a Savior, crucified, resurrected, and comes again with life and freedom for all who believe. The Catholic flag is the official flag of Vatican City, the Pope’s residence, and is made up of two vertical stripes, one white and one yellow. The white strap has buttons with Saint Peter’s cross and the Pope’s scarf.

Pledges To The American Flag Christian Flag And The Bible

Christians make a pledge of allegiance to the Christian flag as a promise to God to always be faithful and to always put their trust in Him. Furthermore, this Christian flag pledge serves as a reminder to Christians to live properly and to maintain their faith. 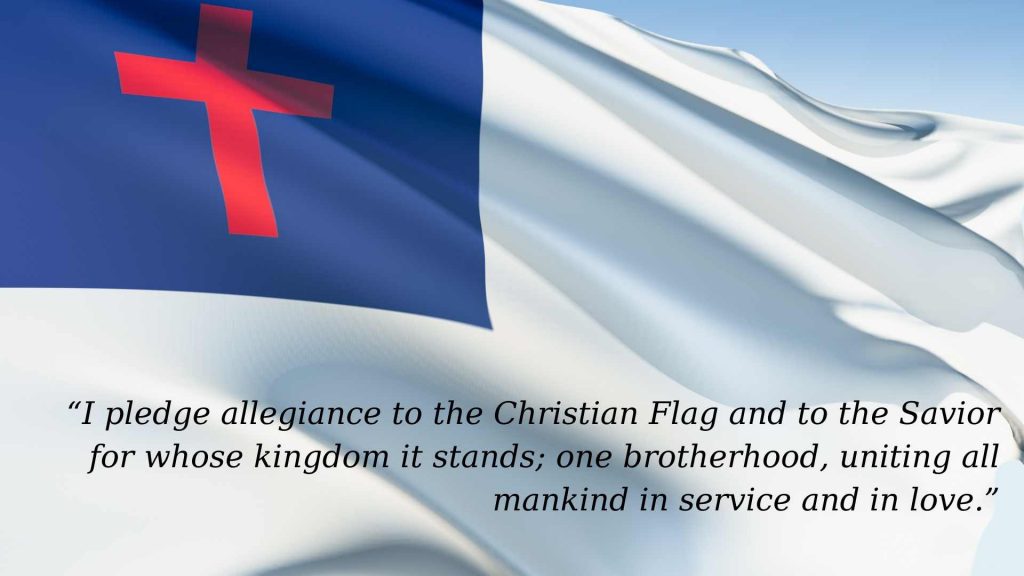 And don’t forget Flagwix offers various custom and decorative flags. You can decorate them all year round, all seasons. And some special gifts are also provided! Come and join us for a special highlight for every occasion.

How to display the American flag and the Christian flag?

According to the flag code, place the US flag on the far left (church view) and the Christian flag on the right.

The Ultimate Guide to Choosing the Best Outdoor...

Why The Black And White American Flag Is...

Jingle All the Way: The Best Christmas Garden...