Flag Etiquette: How To Display Christian Flag And American Flag

In reality, we will never be able to unravel all of the mysteries of flags because each has its etiquette. That is unbreakable etiquette that we must enforce. The union of one banner with another must be legal. That is why we hang the American banner alongside the Christian one or others to follow the Flag Code’s rules. Stay here and read this blog right now if you still have questions about how to display the Christian Flag and the American Flag correctly.

More: How To Make A Christian Flag – Step By Step Guide

The Rules For Display American Flag With Christian Flag 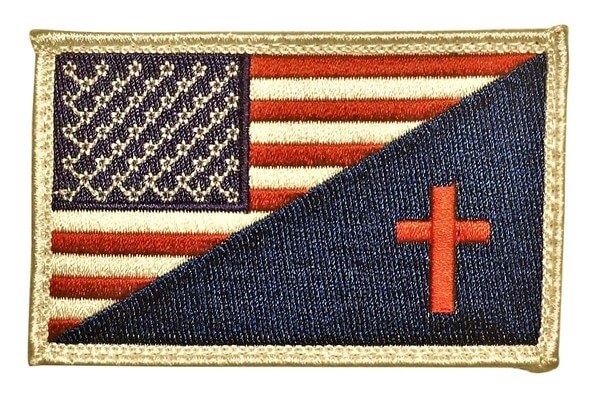 The American banner is a sacred symbol of America. All Americans are proud of their country and worship it. That is why the Flag Code exists in the United States. When displaying multiple banners, in this case, an American and a Christian, you should read the following rules:

Onstage Inside a Worship Center 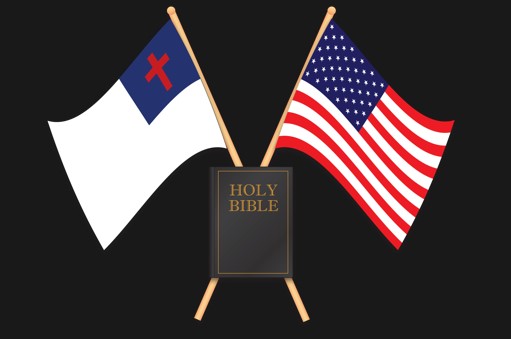 The stage is the focal point for everyone’s attention. First, we mention displaying the American flag in the methodist Church or any stage. The American must take precedence on that stage inside a worship center, as it does on any other stage; the Protocols promulgated this etiquette. The American has to be to the speaker’s right (audience’s left). The Christian one is regarded as junior to the American and is on the speaker’s left (audience’s right). Therefore, both play critical roles. Simultaneously, if multiple banners are on one stage, they will be behind the speaker or preacher.

On the Floor in a Worship Center

In that location, the American banner and the Christian one are both front and on the same sides as the others onstage and must take precedence. Others could be of other nations; the rest are less important, taking junior positions. After all, let’s bear in mind how to display American and Christian flags for Church. 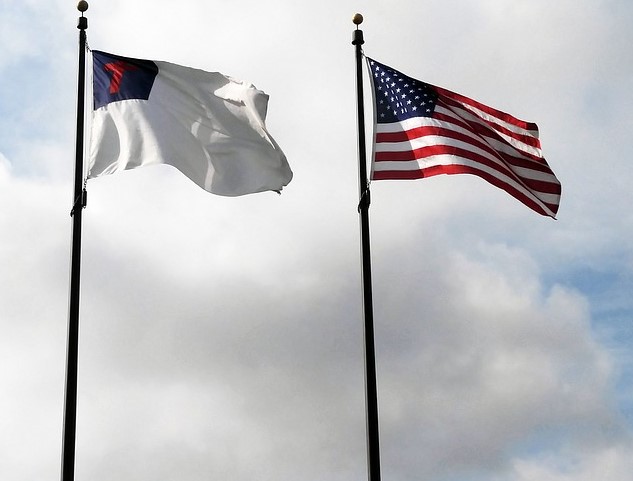 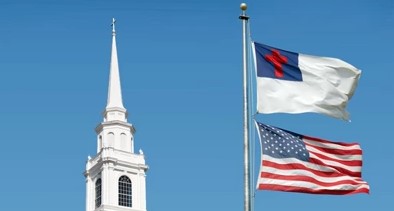 What Does The American Flag Mean To Christians?

The white field of the Christian flag surrounded a blue canton (a rectangular area in the upper left corner) is meaningful to the Christian. One more character, a red Latin cross, is in the center of the blue canton. The red color on the cross represents the blood shed by Jesus on Calvary. The blue represents both the waters of baptism and Jesus’ faithfulness.

Can You Hang A Christian Flag Outside?

To the Christian, their banner should be on the left side of the Church, facing out. In another case, it may fly above the American one in front of a church.

Can A Flag Stay Outside All Night?

According to the US Flag Code, all American and Christian banners must be flown from sunrise to sunset every day. The ultimate expression of respect is to lower it at night. If you supply enough light for your banners during all hours of darkness, you can keep them flying 24 hours a day, seven days a week.