What Did You Know About The Pledge Of Allegiance To The Christian Flag?

Flags are popular objects throughout the world for their significance. Every country has a national flag that expresses its national character or cultural identity. Even our planet has its flag, The International Flag of Planet Earth, for those who didn’t know yet. Depending on what it represents, each flag must look unique and convey a distinct meaning. More specifically, each of the majority of the existent flags is associated with an allegiance pledge. A pledge was like a medium verse that emphasizes the connection between people and the flag they worship.

What Is The Pledge Of Allegiance To The Christian Flag?

The pledge of allegiance to the Christian flag is a formal and serious promise that people make to strengthen a spiritual relationship between themselves and God in Christianity. But what is the significance of the Christian flag in the pledge? Some believe that the flag represents the presence of Jesus Christ and that by displaying it and praying to Him, we can communicate with the God of Christianity. 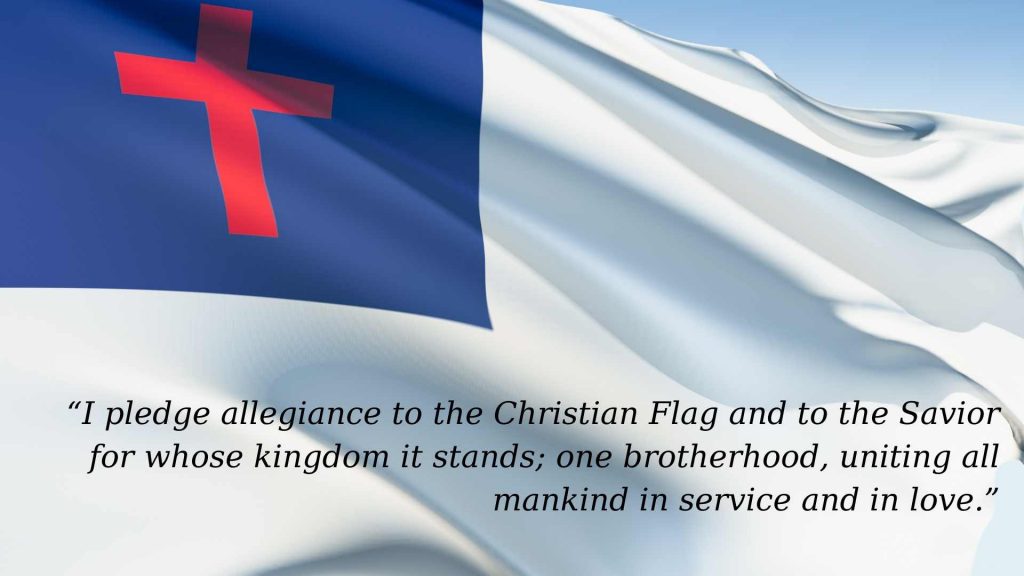 The pledge is not a single statement that was only defined by anyone supreme. It’s changed over time through different groups of people or communities. Here’s the original pledge:

“I pledge allegiance to the Christian Flag and to the Savior for whose kingdom it stands; one brotherhood, uniting all mankind in service and in love.”

More conservative Christians and Evangelicals desired something more in line with Christianity and the flag itself. It is unclear who wrote the modified version, though, these different versions still share the structure as the original pledge’s.

Yet, people commonly used it in covenant Christian school lesson programs, VBS, and churches throughout the United States and around the world.

“I pledge allegiance to the Christian flag, and to the Savior for whose Kingdom it stands; one Savior, crucified, risen, and coming again with life and liberty to all who believe.”

Some change the wording of “I pledge allegiance to” by simply saying, “I affirm my loyalty to.” As I have said before, there could be more different iterations of it. Nonetheless, the pledge in whatever form must maintain the core Christian values that refer to it.

“I pledge allegiance to the Bible, God’s Holy Word, I will make it a lamp unto my feet and a light unto my path and will hide its words in my heart that I might not sin against God. Amen.”

History Of The Christian Pledge Of Allegiance

Of course, the origin of the pledge went along with the history of the Christian flag. Charles C. Overton, a Sunday school superintendent in New York, came up with the idea of this flag by chance in 1897. After ten years, he and Ralph Diffendorfer, a secretary to the Methodist Young People’s Missionary Movement, brought it to the public for the first time. A year later, the methodist pastor Lynn Harold Hough wrote the first pledge to the flag. It was famous then. However, the pledge caused controversy over the years, particularly within churches and many Christian individuals. 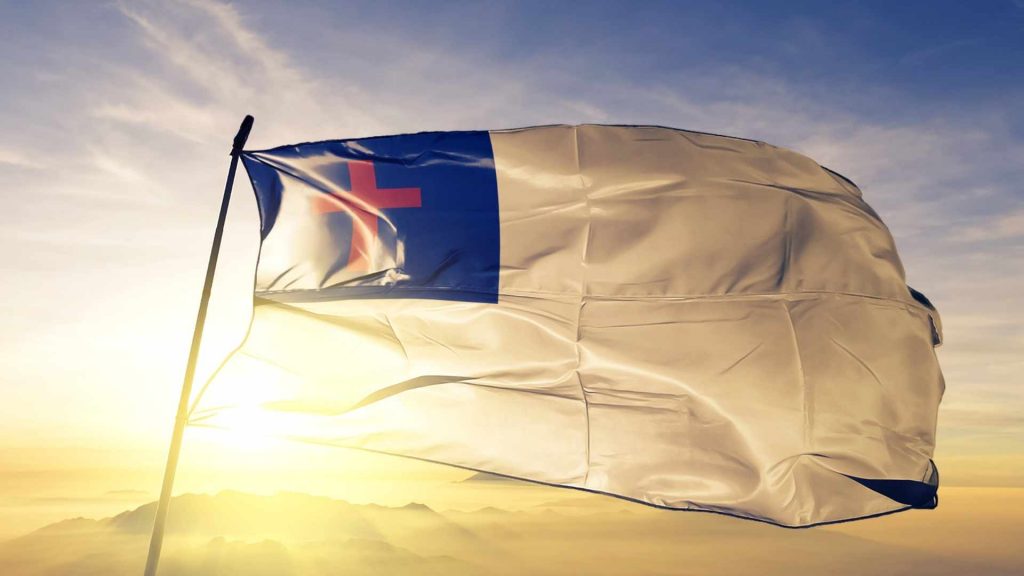 See Also: History Of The Christian Flag: Things To Know

Get to know the one who wrote the pledge, Lynn Harold Hough (1877 – 1971). He was a missionary from the United States and a renowned Methodist educator who was an expert in preaching and academic skills. He had worked for the ministry as well.

In 1877, he was born in Ohio. He married Blanche Horton, the widow of Father Stephen Trowbridge when he was 59 years old. Thirty-four years later, Dr. Hough died suddenly of a heart attack at his Fifth Avenue home. He was later laid to rest in Morristown, New Jersey’s Evergreen Cemetery. Dr. Hough is well-known in the field of Christian humanism as the author of numerous books, including “The Dignity of Man,” “Great Humanists,” and “Vital Control.” 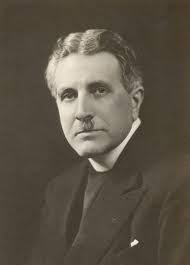 Of the many degrees he has received, he is particularly proud of an honorary degree from the University of Detroit, a Roman Catholic institution. From 1989 to 1914, Dr. Hough served as pastor at churches in New Jersey, New York, Brooklyn, and Baltimore. He then went to the Garrett Institute to work as a theological expert for five years. From 1919 to 1920, Hough served as president of Northwestern University in one year. Then, he spent the next eight years as pastor of the Central Methodist Church in Detroit.

Issue After The Pledge

Dr. Hough wrote the first pledge to the Christian flag designed by Charles C. Overton in 1908. Conservative Methodists accused him of following a pagan path in 1925. It was a factor in the controversy surrounding him in 1927 when he was refused re-election as a delegate to the General Assembly. Dr. Hough, the pastor of Central Church in Detroit, wrote an article where he advocated for a Catholic to be elected President of the United States. He did not mention the name, but many considered it was an endorsement of the New York Governor, Alfred E. Smith.

What Is The Baptist Flag?

The Baptist Flag was invented by Dr. D.L. Green, pastor of the Parker Memorial Baptist Church in Lansing, Michigan. Based on the theme “The Tie That Binds,” the Baptist flag was designed to embody the threefold cord that binds together the Baptists worldwide. Dr. Green made this flag for the first time because he desired another one to identify the White flag with Blue square and Red cross. He was reluctant to embrace the flag of Christianity because of its adoption by many religious groups that have diluted its distinctiveness. 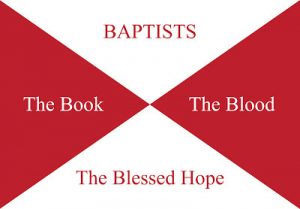 What Christian Countries Have Their Country Flags With Sign Of The Cross?

Around half of the 64 countries with religious symbols on their flags have a Christian symbol 一 the cross sign. This Christian symbol, in particular, can be found on 31 national flags from Europe, Asia, the Pacific, and the Americas. The “Union Jack” of the United Kingdom, for example, incorporates the crosses of St. George, St. Patrick, and St. Andrew. Some Commonwealth countries, such as Fiji, Tuvalu, New Zealand, and Australia, continue to use the Union Jack as part of their national flags. Other countries with Christian national symbols include Spain, Greece, Norway, and the Dominican Republic. 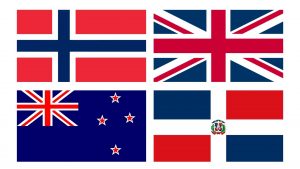 Are Christian Americans Committing Idolatry With The US Flag?

Separating king and country is difficult for modern American Christians to understand. We seem to incorporate nationalism and patriotism into much of our religious expression and even our faith far too often. Churches frequently celebrate the Fourth of July by adorning their sanctuaries with American flags and incorporating America and American nationalism into hymns. However, these ideals and symbols would have been frightening and even sinful to the very first followers of Jesus. 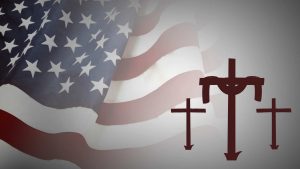 Do You Know the History of the Christian Flag?

What Is the Pledge to the Christian Flag? 10 Little Known Facts 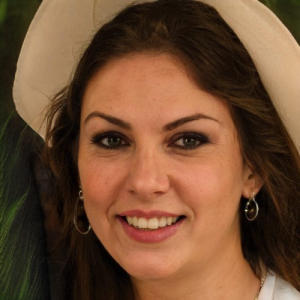