Fun Facts About Moms You Should Know To Love Them More

Mothers are undoubtedly the most incredible humans in the world. Most of them spend more than half of their life just focusing on raising children and sacrificing a lot for the sake of their families. Not to mention, it’s an honorable and challenging duty of moms to give birth to a baby. They’ve gone through many hardships during motherhood but never fail to leave us with loving care and invaluable support. Moms are just great. So, recognize these fun facts about moms to better understand these remarkable women and explore some beautiful gifts for moms from our store.

1. The Youngest Mom In History Was A Five-year-old Girl

Lina Medina of Peru became the youngest mother in history in 1939, when she gave birth to a child at the age of five. Medina’s case astounded pediatricians and drew international attention that she and her family did not look forward to. Medina is thought to have had a rare genetic disorder known as premature puberty, which causes a child’s body to develop into that of an adult far too quickly. 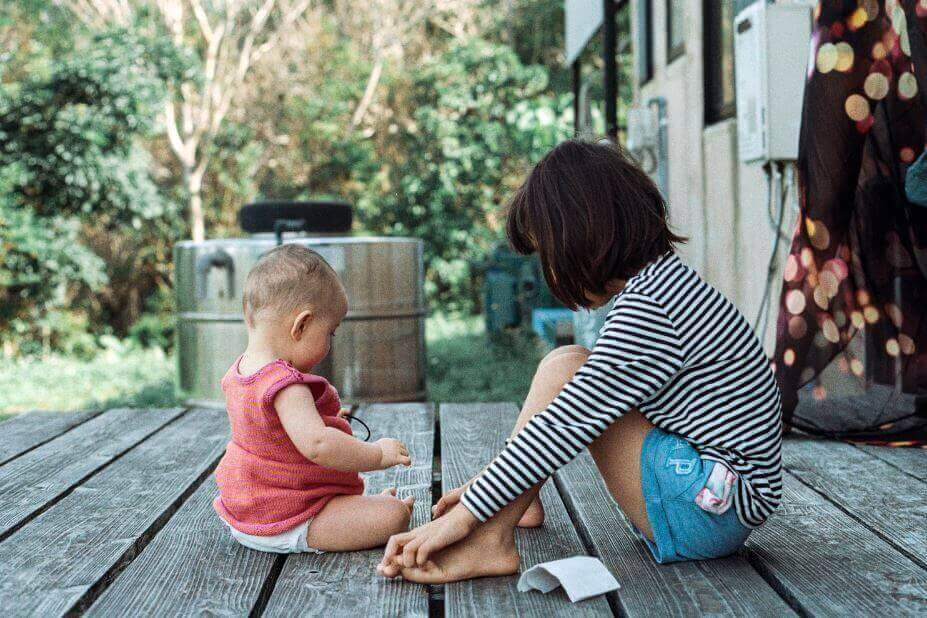 2. The Woman Giving Birth To 8 Babies From One Pregnancy

In January 2019, a 33-year-old American woman, Nadya Suleman, caused a media storm in the US and the world when she successfully gave birth to eight children from one pregnancy. It was the second birth of eight babies in the United States at that time. However, what is admirable about this case is that Suleman previously had six children, and all were in vitro fertilization.

In addition, Suleman is a single mother, so raising 14 children at the same time under one roof is undoubtedly a huge challenge. But anyway, she never feels discouraged but always gives boundless love to them. 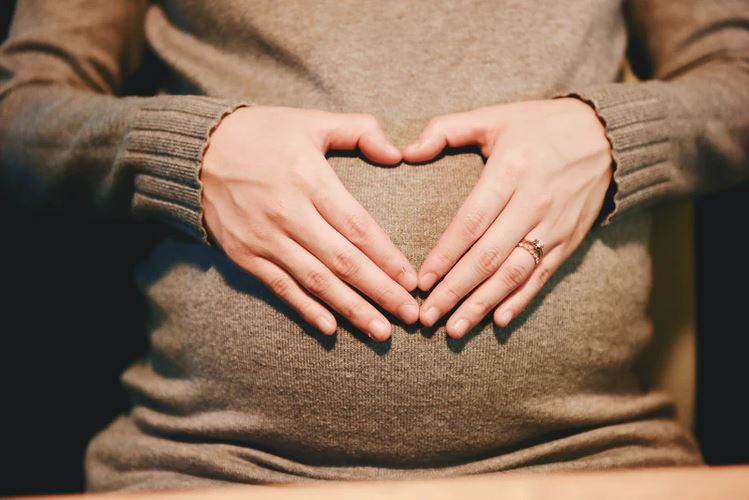 3. World's Oldest Woman To Give Birth

Erramatti Mangamma became the oldest pregnant lady in human history on September 5, 2019, when she gave birth to twin baby girls in India. The doctors were taken aback by this unusual situation but not suprised by Errematti’s poor postpartum health.

These twin newborn girls are reported to be her first children following her marriage to her husband in 1962. This incident demonstrates Erramatti’s strong desire to be a mother, regardless of the consequences for her health. She was also the oldest mother to give birth to twins. 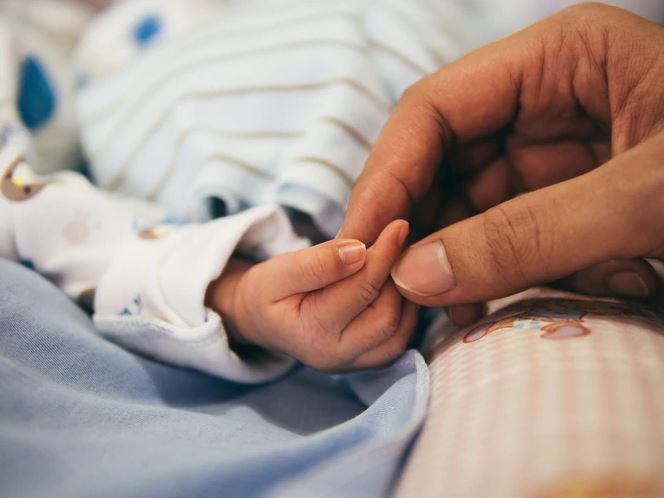 4. Mom Who Donated More Than 50,000 Fluid Ounces Of Her Breast Milk

Alyse Ogletree holds the current world record for the most donated breast milk. This woman has given The Mothers’ Milk Bank of North Texas 53,081 ounces of breast milk. She stated that she had been over-producing at the time, and a nurse inquired if she wanted to donate. Ogletree had no idea what that was. But, because she believed it was a good thing to do, she made it happen. 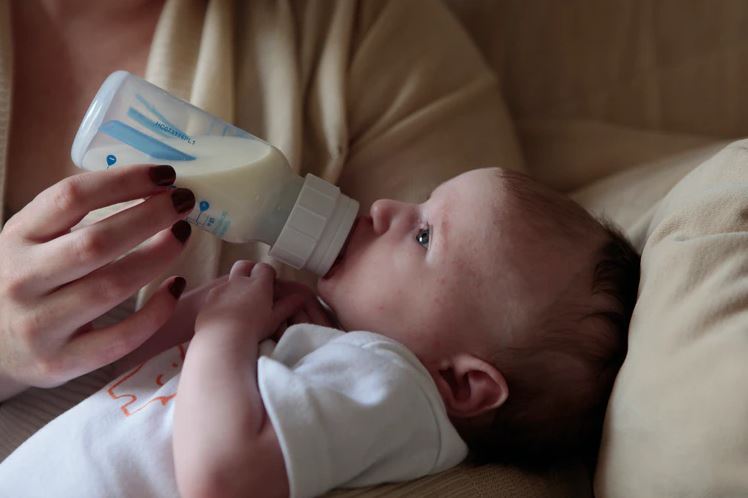 5. The Woman Giving Birth To 69 Children

Back in the 18th century in Russia, a woman named Valentina Vassilyeva, delivered to exactly 69 babies during 76 years. More specifically, she gave birth to 16 pairs of twins, seven sets of triplets, and four sets of quadruplets. The case was so rare and extraordinary that she’s become world known as “the most prolific woman ever” and has had her name in the World Guinness Book.

During pregnancy, a mother’s body goes through a series of changes. A fascinating side effect of pregnancy is that the mother may be carrying the baby’s small cells. It’s known as microchimerism.

Mommy brain emerged as a term to describe a pregnant woman’s unstable postpartum situations. According to certain studies, most mothers’ brain cells shrink in a significant way during pregnancy. However, according to a study published in the American Psychological Association, motherhood may actually cause the brain to flourish rather than convert it into mush.

It has been shown that the brains of new moms grew in areas related to motivation and behavior, and that mothers who enthused the most over their newborns had the largest growth in important mid-brain areas. Whatever the case may be, mommy’s brain must undergo some alterations while carrying a child or after giving birth.

According to a report presented at the 2010 annual conference of the Psychological Association, early childhood closeness and connection with mothers predicts the chances of other positive relationships later in life. That is, if your relationship with your mother was strong as a child, you are more likely to have quality romantic relationships in the future.

4. You Recognized Your Mom's Voice Before You Were Born

According to Barbara Kisilevsky, a nursing professor at Queens University in Ontario, an infant brain learns speech patterns and builds the framework for language learning while still in the womb. Therefore, even before we were born, we recognized our mother’s voice and could tell it apart from other voices. 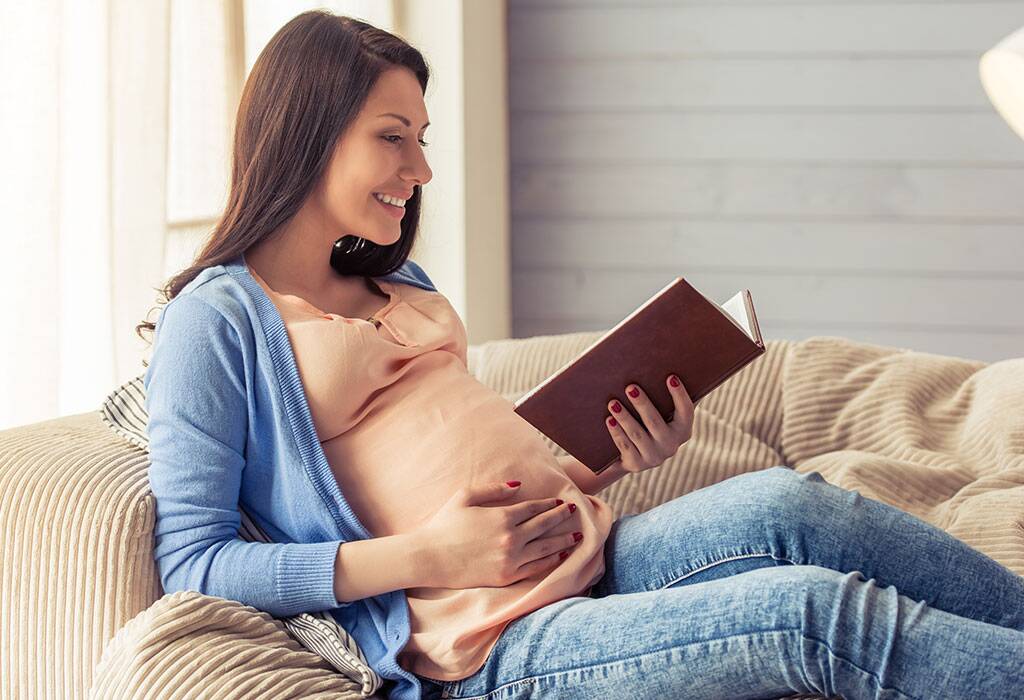 5. Alternative Ways To Call "Mother" All Begin With Letter "M"

In English, mother is referred to as “mom”. The noun mother is written or spoken as ‘mama’ in Mandarin, Spanish, and Icelandic. Indians and Pakistanis say ‘ma’, while Vietnamese say ‘me.’ Is it a coincidence that people from different parts of the world have such similar linguistic rules? Obviously, because ‘ma’ is one of the first sounds a baby makes, most languages around the world use it as a noun for mother.

6. Moms Are Contributing More Time To The Labor Force Than In The Past 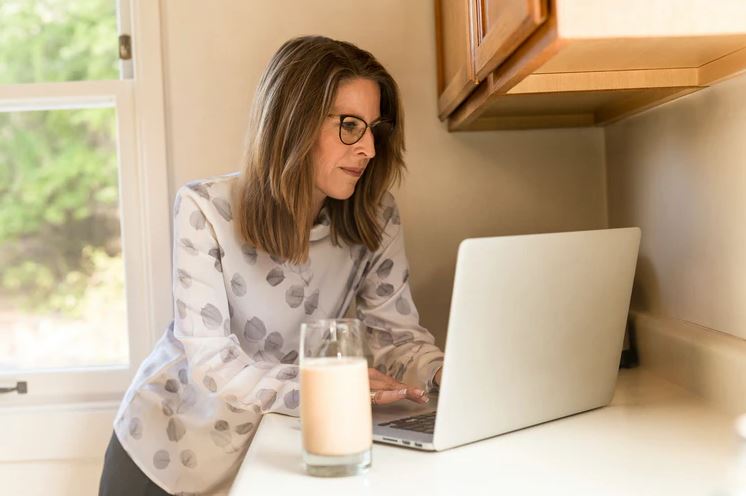 7. There Are About 2 Billion Mothers In The World

According to statistics, there are about 2 billion mothers in the world. Wow. Can we imagine this number? We don’t know what woud happen without moms.

The composition of a baby’s milk varies depending on his or her gender and whether or not the mother’s health is good. A study published in the American Journal of Physical Anthropology found that well-nourished mothers generated higher energy-dense milk for their male children.

9. More Phone Calls Are Made On Mother's Day Than Any Other Day Of The Year

On Mother’s Day, around 122 million phone calls are made to mothers in the United States.

10. Americans spend an estimated $28.1 billion on gifts for Mother's Day.

This number is increasing year by year in America. These gifts for mom are mostly cards and flowers.

Thoughtful Gifts For Mom To Warm Her Heart

Those fun facts about moms prove that they are the most incredible well-being on this planet. We must be grateful for their existence in life. Now, follow our gift ideas to bring her something truly special and make her day. 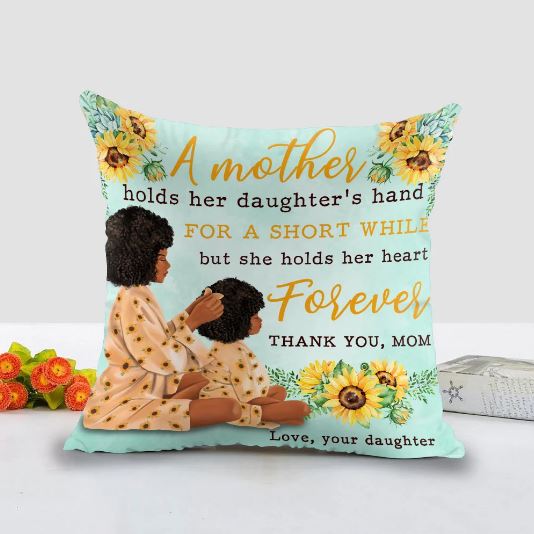 This cushion is made out of canvas and includes pillow insert. The design is stunning by the premium dye we use to make a striking color vibrancy. Don’t hesitate to get your mom a beautiful cushion. It’s not only a simple gift that she can actually use, but also a meaningful keepsake for the rest of her life. 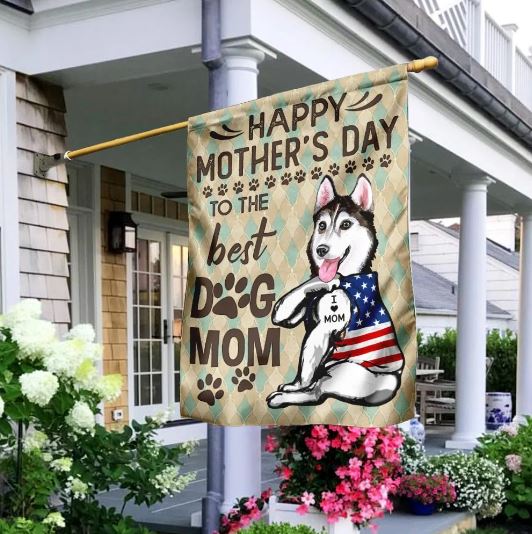 This flag is constructed from high-quality canvas fabric. It’s resistant to UV, fade and mildew. With a hilarious graphic depiction of a husky dog, the flag is guaranteed to be the best Mother’s Day gift your mom will love if she owns such a dog. 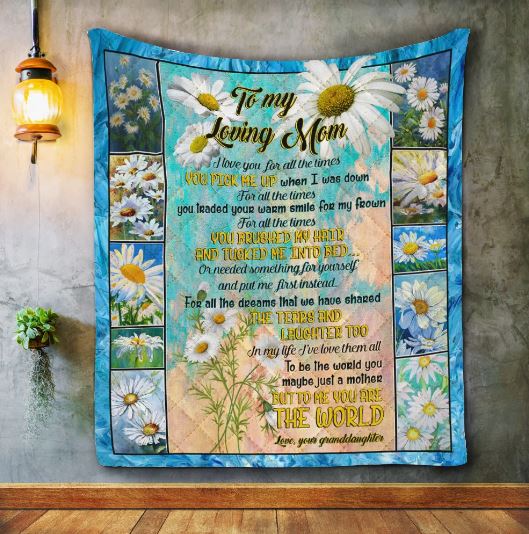 The material is 100% excellent polycotton and features a premium polyester print for nice vivid color. This quilt is great for your mother’s beadroom. More importantly, it reminds her of how much she means to your life. 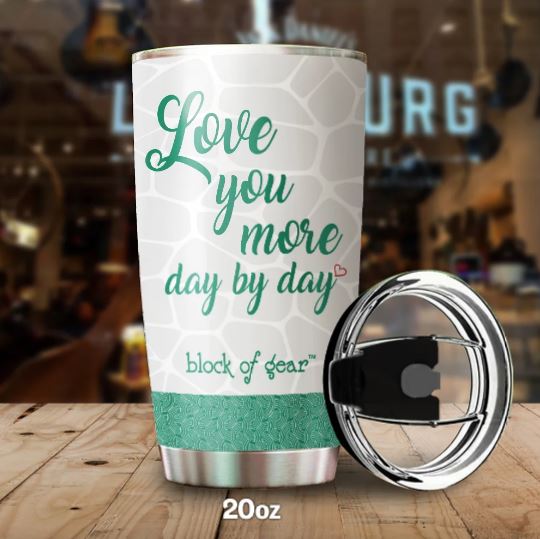 This tumbler is built vacuum insulated completely from stainless steel to keep hot water hot and cold water cold. The way it’s contructed also protects your mother’s hands from heat while she holds it. With the saying ‘Love Your More Day By Day’, this tumbler is the gift your mom will appreciates. 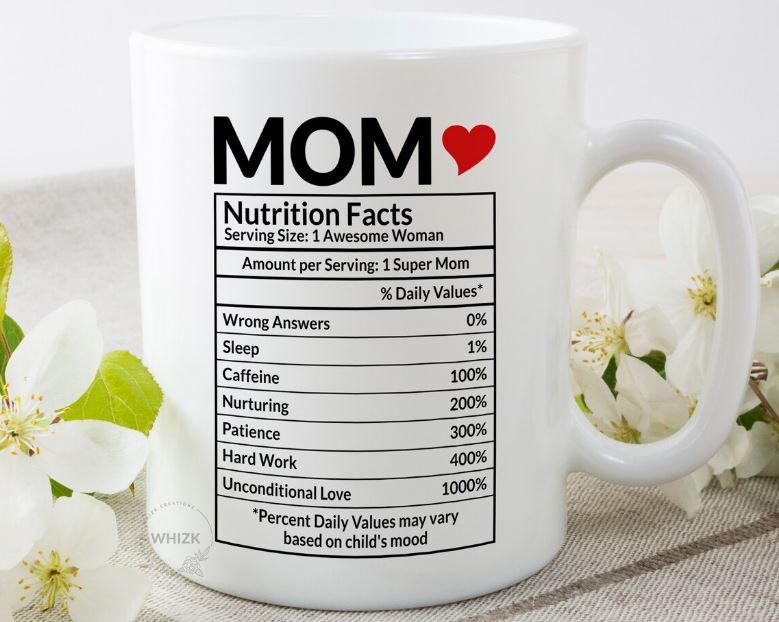 This mug is a ceramic piece of artwork that’ll make your mom erupt in laugh after she opens the gift box. Professional sublimation printing is on both sides and will never fade no matter how many times you wash it. It’s a gift to show how much you care about her motherhood and your mom will never forget.

Moms are the most beautiful persons who fill our life with love and memories. Saying ‘thank you to them never seems to be enough. We hope that by learning these fun facts about moms, you will better know our mother and treat her with the utmost respect. And if you must make your mother cry, let it be tears of delight for the great gifts for mom she receives from you.

Top 35 Anniversary Gifts For Mom That Could...