What Do You Do With Old Flags? – Options For Retiring Them

What Is Juneteenth Day?

Besides, it celebrates individuals who fought for slavery, African-American history, and blacks’ numerous achievements in the U.S. Moreover, this day is also known as Emancipation Day, Freedom Day, Jubilee Day, Black Independence Day, and Juneteenth Independence Day.
This holiday is the longest-running African-American holiday celebrating the end of slavery in the United States.

Since 1865, the African-American community has commemorated it. In the U.S, it is a federal holiday. For decades, activists and members of Congress (many of whom were African Americans) proposed legislation, fought for, and built support for state and national holidays. President Biden signed Senate Bill 475 (S. 475) into law on June 17, 2021, establishing “Juneteenth” as an official holiday. 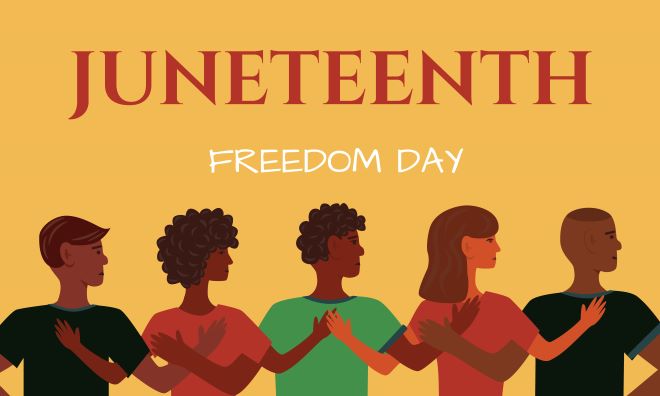 You may also like: Flags for all occasions | Tips & Review

General Gordon Granger went to Galveston, Texas, on June 19, 1865, to declare that the Civil War was over and announce the freedom of African slaves. They represented the last African Americans enslaved in the Union, which consisted of eleven southern states, including Alabama and Florida. General Gordon Granger delivered this message and the news that the American Civil War was over by boat. The United States Executive Order declaration informs Texans that all slaves are free. Generally, this news is about equal rights and property rights between former masters and slaves; and the relationship between employers and employees. For many, it is the freedom to go north. At the same time, others drive to neighboring states like Louisiana, Arkansas, and Oklahoma to reunite with family. Thus, 2000 African Americans in Galveston, Texas, had been independent two and a half years after Lincoln’s proclaiming emancipation.

On January 1, 1863, President Abraham Lincoln signed the Emancipation Proclamation, effectively ending the enslavement of Africans in Confederacy-controlled states. But life remains the same for many black Americans. The Border States’ slaves were not free. And those in the Southern States did not liberate them until Confederate armies invaded. More outrageously, several enslaved black Americans had no idea that President Lincoln had even signed the Emancipation Proclamation. After more than two and a half years, slaves became free in Texas, one of the last states financially dependent on slaves.

How Is Juneteenth Celebrated?

Juneteenth has been celebrated every year for the past 155 years. In the past, people honored this holiday by having religious services at churches throughout Texas, complete with inspiring readings and talks about the Emancipation Proclamation and works by African-American writers such as Maya Angelou. Everyone loved stories of formerly enslaved people, games and competitions, rodeo activities, baseball, singing, and, of course, partying.
Music was a significant component of enslaved culture. As a result, afro-jazz, blues, and hymns play a substantial role in these celebrations on this holiday.
Furthermore, clothing is also an essential part of these ceremonies. It was critical for persons who had been enslaved to distinguish between their lives as slaves and their lives as free people. So when they were free, they wanted to wear colorful and vibrant clothes, which they couldn’t do as slaves. Especially, Black Americans wear the colors of the Pan-African flag (black, green, and red) and the U.S. flag (red, white, and blue) to honor their ancestors and their battle for independence. Besides, the Pan-African flag, also known as the flag of the Afro-American flag, is a tricolor flag consisting of three equal horizontal bands red, black, and green (from top to bottom). It represents the people of the African Diaspora community and is considered a symbol of Black freedom.
Today, many marching bands and dancers frequently participate at the Juneteenth Parade in Austin, Texas, to commemorate this holiday. Cooking, street parties, and parades are popular ways to celebrate, educate, and agitate. Indeed, this day makes greater sense for black people in the wake of the global Black Lives Matter protests. Strawberry soda and barbecues have become daytime icons, with barbecue pits frequently positioned in the middle of big gatherings. Also, the Juneteenth flags are more apparent than ever. 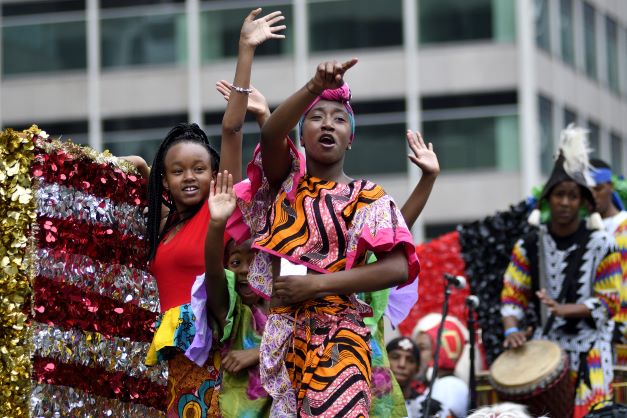 Where To Celebrate Juneteenth Holiday?

Beginning on Friday, the Juneteenth celebrations will take place around Boston. There is plenty for everyone to enjoy, from poetry readings to musical events and exhibitions. Here’s a typical list of several locations:

What Is Juneteenth Flag?

Juneteenth Flag is an American flag with a star in the middle. It represents the end of slavery.
As a result of a collaboration with illustrator Lisa Jeanne Graf and other collaborators, activist Ben Haith came up with the idea for the this flag. Creating the flag is rich in symbolism, making it an essential element of the festival.
According to the National Juneteenth Observance Foundation, the flag was modified in 2000 into what we know today. Seven years later, “June 19, 1865” was added to honor the day Union Army Maj. Gen. Gordon Granger rode into Galveston, Texas, and declared the emancipation of enslaved African Americans. 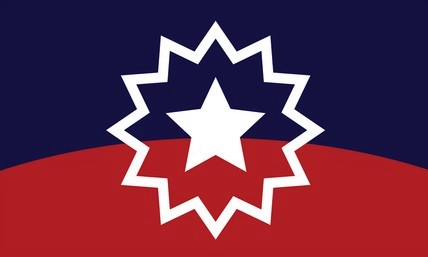 According to Haith, the patterns and symbols have significance and purpose. Here’s what each element represents:

The white star in the core of the flag, according to Haith, has a twofold significance.
The first is that it represents Texas, the Lone Star State, and an important marketing factor. Union soldiers notified Galveston slaves in 1865 that they were free due to the Emancipation Proclamation issued two years earlier.
The star is also a symbol of African-American freedom in every state, not just Texas.

Astronomers use the term “nova” to refer to the latest stars, which inspired the white bursting outline around the star.

In this case, the message is a new beginning for African-Americans in Galveston and around the country.

As the red and blue sections of the flag converge and the curve that runs across the breadth of the flags at the confluence of them. A modern horizon is revealed the possibilities and promises await African Americans.

Red, white, and blue signify the American flag, reminding us that slaves and their descendants were Americans.
On June 19, 1865, the enslaved Negroes of Galveston, Texas, became American citizens by law.
And, as African-Americans continue to struggle for equality and fairness, those colors symbolize the American people’s unwavering desire to do better—to live up to the American ideal of freedom and justice for everyone. 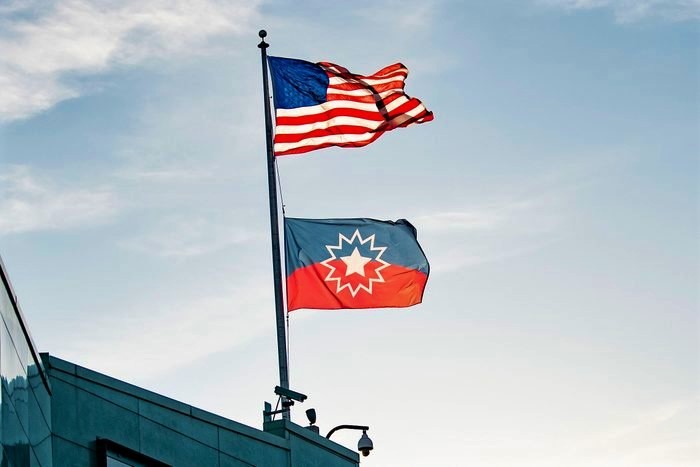 Related Questions About This Federal Day

What Is The Official Juneteenth Flag?

The Juneteenth flag represents living up to the American ideal of freedom for Black Americans and African Americans, as African-Americans strive for equality and fairness. The flag’s colors are similar to those of the U.S flag since all Americans understand and respect the significance of African American history.

What Is Another Name For Juneteenth?

Who Invented The Juneteenth Flag?

The Juneteenth Flag Is Full Of Symbols. Here's What They Mean

The True Meaning of the Juneteenth Flag, Explained