Don’t Tread On Me Flag – History And Meaning

Many varieties of flags are rarely seen, but they are also quite popular and well-known. This historic don’t tread on me flag has an almost 200-year history related to the American War of Independence.

The Meaning Of Don't Tread On Me Flag

What Does “Don't Tread On Me” Mean?

Don’t Tread On Me is a statement of the American desire for freedom and peace in the battle against British colonialism.

The tread on me motto has now become an expression of freedom, and freedom initially appeared on the Gadsden Flag, implying that if territorial sovereignty was invaded, Americans would fight for their liberty.

In 1776, the commander of the Continental Navy used it as his personal and navy jack’s battle standard. “It has been a symbol of freedom and challenge ever since,” Cosman told the Washington Examiner.

What Is The Don't Tread On Me Flag?

It is unclear where the original don’t tread on me flag, or the Gadsden flag came from.

In 1775, the flag first appeared aboard a battleship. Christopher Gadsden, a South Carolina politician, created the flag.

So, why is a rattlesnake depicted on the flag? By the way, let’s get to know this snake a little better. 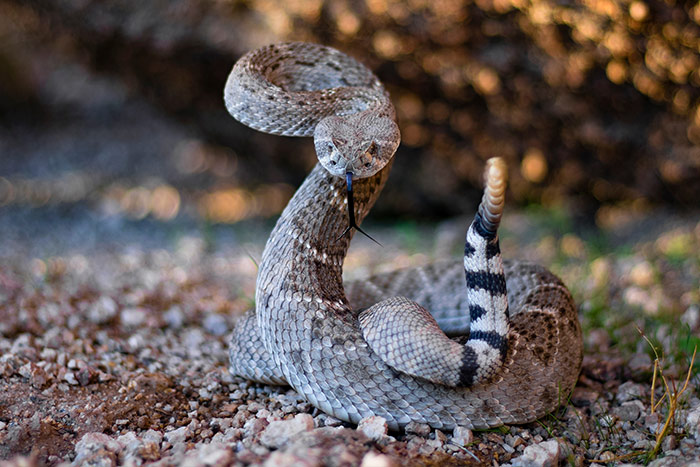 This snake is quite poisonous, but it does not attack as quickly as the cobra. That is, if you remain silent and avoid it, you will have no attack.

A rattlesnake can be identified by the sound it produces. However, stepping on its tail or attacking it will result in lethal bites.

A coiled Rattlesnake preparing to strike symbolizes the American Colonies’ fight for freedom from the British.

To dig more about the don’t tread on me flag meaning, this flag gained popularity during the Revolutionary War and has since emerged as a symbol of liberty, individualism, and independence in the modern period.

There is additional evidence that the flag first appeared in 1754, 20 years before America’s independence, with a basic picture to serve in an essay by Benjamin Franklin.

According to American historians, it was most likely Franklin who created this flag, which depicts the American colonies as sections of a severed snake, with a simple exhortation to “Join, or Die.”

The accompanying essay addresses the major current problem facing British colonists in North America: the threat posed by the French and their Native American allies.

Types Of The Don't Tread On Me Flag

This flag’s original design features a bright yellow background. The flag depicts a rattlesnake curled up in the green grass, ready to strike. There are almost no additional textures or photos.

When the conflict ended, though, there were many versions of this flag. Its objective is to be more artistic, but its meaning is the same.

When You Can Fly A Don't Tread On Me Flag?

Because of its complicated political don’t tread on me flag history, this flag is not generally flown as a Politics Decorative Flags nowadays. It has even appeared in several protests in the United States, even political cartoons or the tea party movement.

However, if you are confused about the history of this flag, you should not hang it haphazardly.

This flag has sparked a great deal of debate. Some people believe that this is simply a flag depicting the history of the United States union.

However, some African-Americans claim that because the flag was designed by Christopher Gadsden, a “slave trader, and slave owner,” its exhibition is racist and disrespectful. offended them

On the other hand, because of sensitive and complicated historical meanings, this flag is also restricted, with no official declaration.

I hope this post has provided you with interesting and useful information about this don’t tread on me flag. Follow Flagwix for more fun and exciting things about flags!

Is The Don’t Tread On Me Flag Racist?

Although no official comment has been issued by the relevant agencies, this is a highly controversial flag. This flag is not prohibited, however, it is prohibited from being exhibited freely for strong political reasons.

What Does The Don’t Tread On Me Flag Stand For?

This flag is known for the image of the rattlesnake on the green grass, which carries the meaning of the desire to win, and the fighting spirit to bring about national unity and independence.